An excerpt from Tell Me S'more by Beth Merlin (plus giveaway!)

“Perry, don’t be mad,” Gigi said from inside the bedroom’s closet.

“I’m not mad, exactly. I just don’t understand why your mother’s so well informed of our financial situation.”

She slowly stepped out of the closet doorway. “Because I’ve had to borrow some money from my parents, that’s why.”

I stood up from the corner of the bed. “What do you mean? How much money?”

“Enough to meet a few mortgage payments.”
“How long’s that been going on?”

When Gigi finally decided to pursue her dream of designing instead of law school, her parents cut her off financially. She used every penny of her Top Designer winnings for the down payment of her tiny Hell’s Kitchen apartment. That apartment was not only our home, but her work studio, and sanctuary. I knew it must’ve taken every ounce of pride for her to ask for the money.

I felt as if the wind had been knocked out of me. I breathed in a deep sigh and ran my hand down my face. “Gigi, why didn’t you tell me?”

“It’s my apartment and my responsibility.”

“Your name might be on the deed, but I live there too. It’s our responsibility.”

She sat down beside me on the bed. “You’ve been working so hard on Frostbite. I didn’t want to add any more stress to your plate, especially not now that you’re so close to being finished.”

She looked so positive, so optimistic, the very last thing I wanted was to burst her bubble, but it was time to stop pretending. I swallowed hard and let the truth pour out. “I didn’t want to get your hopes up, but I had an interview for the Artist-in-Residence Program at Ars Nova. They turned me down.”

Her face softened into a smile. “Money is futile and fleeting. Always has been, and always will be. But writing a musical is your dream, and you can’t give up on that.”

I caressed the side of her face and held her chin in my hand. “I can, especially now that I’ve found an even better one. I love you, Georgica. I want us to start to build a life together.”

She leaned into my chest. “I want that too.”

Gigi smoothed my hair and kissed my forehead. “I’ll support you whatever you decide. But please don’t give up. Not just yet. Your musical’s out there, just waiting to be written.”

“When you speak like that, I can almost believe it.”

“Believe it. More importantly, believe in you,” she said, tapping the tip of my nose. “I do.”

I wrapped my arms around her waist and pulled her into my chest. “How’d I get so lucky?”

She turned to me, her face serious and intense. “Luck had nothing to do with it. Meeting you at Camp Chinooka, that was fate. Letting you in when I was at my lowest, that was a choice. But falling in love with you, well that, that was simply beyond my control.” 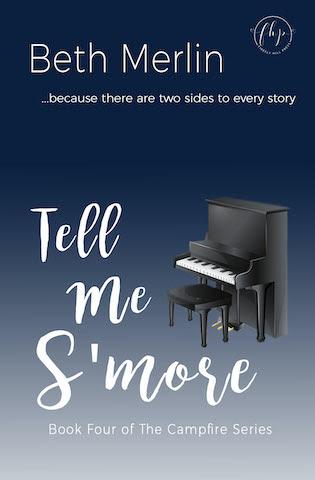 “A beautifully written contemporary romance, with plenty of enjoyable comedy, it challenges us to evaluate our lives and make big decisions on who we want to be and not necessarily what everyone expects us to be.” – Adventures in Lit about The Campfire Series

Camp Chinooka was supposed to be a place of inspiration, the place where Perry Gilman would finally compose his symphonic masterpiece. But four years later, Perry Gillman isn’t any closer to his dream of becoming a world renowned musician. Instead, he fell love in with Gigi Goldstein and he thought that love would be enough. Now, struggling to find the right subject for a new musical while hustling as a piano player at a local jazz bar, he can’t help but measure his own shortcomings to his famous father’s monstrous success. So, when he stumbles onto the idea to write a musical about the life and times of Elizabeth I, everything finally changes. The musical is an international sensation and suddenly, Perry is on the fast track to super stardom.

However, fame and success come at a price. When his relationship with Gigi is thrown into a tailspin, he must decide whether to follow his dream for which he fought for so long or sacrifice it all for true love.

Told from Perry’s perspective, Tell Me S’more shows that there are two sides to every story and a cost to every choice. 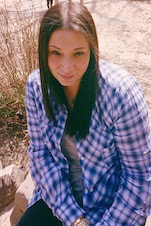 Beth Merlin has a BA from The George Washington University where she minored in Creative Writing and a JD from New York Law School. She’s a native New Yorker who loves anything Broadway, rom-coms, her daughter Hadley, and a good maxi dress. She was introduced to her husband through a friend she met at sleepaway camp and considers the eight summers she spent there to be some of the most formative of her life. One S’more Summer is Beth’s debut novel.