Please welcome C.J. Campbell, author of Tempest, an exciting, just-released YA fantasy romance. I asked C.J. about the unique experiences in her own life that inspired this book. Here's what she shared...

A little less than a decade ago my life was very, very different. The year was 2013, and oft, that year had sucked. I’d been through a heck of time with the worsening of a serious, physical illness, and lots of other not-so-nice things and I was wrecked—physically, mentally, and emotionally. Most days I barely had the strength to put one foot in front of the other. I was a hot mess. I was young, early twenties, and should’ve been filled with life but instead I was filled with pain. My mother, she knew I loved anything Tolkien related, and so The Hobbit: The Desolation of Smaug had just released in the theatre—this would be something good to do together.

But, when the day arrived, I remember not even wanting to go. It had been an awful day. Just the worst, probably the darkest up until that point. But, we went despite the heaviness.
I was sitting in the darkened cinema, in pain, and probably scowling because that was my permanent expression back then, when the scene with the Elvenking played out. The one when Thorin presses all his buttons and his mask falls off and he reveals the ‘dragon fire’ scars that have torn him up on the inside. And watching that, oh boy, something cracked inside of me. Silent tears were streaming down my face because I understood that, more than I possibly wanted to acknowledge. So, I came home and cracked open my books, and my laptop, and started researching why Peter Jackson and the writers had chosen this storyline. Of course, it was symbolic of trauma and was inspired by the Fisher King in Arthurian legend. I felt my imagination flicker awake for the first time in years, and I started to type, and type, and type until I had a whole backstory about the Elvenking. How he was wounded and all the fallout from it. And from then I posted up on the fanfiction websites, not really caring at the time if anyone read it, I just needed to do something to save my sanity, something that might ease the trauma—a distraction. But, people did read it.
So many people read and responded to the stories I typed of battling inner demons, dealing with scars (both physical and emotional), and learning to heal. It shocked me. But, within a few months of posting my alternative fanfic I’d thousands of readers and millions of views and a wonderful new circle of author and writerly friends who were passionate about encouraging me to write an original novel. They saw something more to me more than flaws and broken pieces—they saw me through my words. But, I’d no idea if I could write a book—or even if I should. After all who was I to write a book? I wasn’t anyone special. Except, maybe it wasn’t about being special, maybe it was about being brave. Sure, I could talk about wanting to heal, pretend I was even trying through the characters in my stories, but that was fiction, they weren’t me. Becoming an author would mean learning to live, scars and all. It would mean putting myself out there in ways I’d forgotten. The thought terrified me, and in that terror I felt something real . . . alive . . . I felt alive.

So, I dug a little deeper. That insatiable curiosity I used to have about the world, it returned, slowly rising to the surface of my imagination. I followed in the research footsteps of my favourite author—Professor Tolkien—and began unearthing the mysterious surrounding mythology and fell in love with Tuatha Dé Danann—a mythical race in Irish history and folklore. I began reading spiritual texts, studied cultures, customs, and even other religions. The world that was once dim to me was now alive and vibrant, and I wanted to live it. Wanted to explore it all, and for once I’d find a way to do it, illness be damned. Nothing was going to stop me from following my dreams . . . not this time.
It was in the depths of my research binges that I came across the story of the Goddess Airmid, a lesser known but no less awe-inspiring goddess of healing and herbalism in Irish mythology, and she snared my attention. I loved her so much—learning about her strength and resilience, it gave me the courage to pursue my dreams. And so, with the incredible support of the fellow fans of the Tolkien fandom, I began to take the first tentative steps in crafting what is now my debut novel ‘Tempest: The Veil Chronicles.’

So, when I’m asked what inspiration did my life have on Tempest? All of it. The pain, the trauma, the tragedy, and the darkness. But, also the fantastical—Tolkien and his fascinating mind. The myths and legends of Ireland, of my home. Airmid and her quiet power. The wild; the trees, the rivers, the cliffs, and forests, all the places I began to visit again and the people I met. The moment I swam with dolphins, with friends in Florida—a place I’d never imagined I’d visit, let alone swim again—that’s when I knew I’d won. Not only had I survived, I’d thrived. I’d learned to dance with my fears and turn them into epic stories to help those around me learn the steps to overcome their own. It was no longer fiction. It was real. And so I haven’t stopped writing stories on that subject matter since. In one form or another my writing always revolves around the strength and light we find within ourselves—the power to overcome and flourish no matter the challenges, obstacles, or restrictions.

And that is the crux of Tempest, And the journey Lexi undertakes to find her light again. 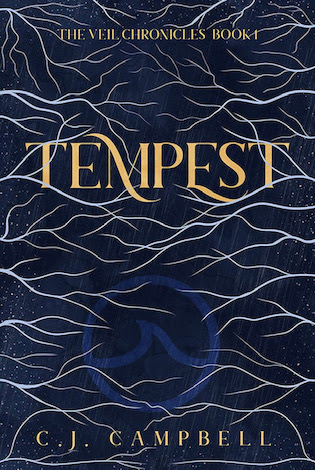 To unearth the truth, she must embrace the legend within.

For eighteen-year-old Lexi, freedom is a luxury. She’s spent her life evading capture for a genetic gift that feels more like a curse. Her bulletproof immunity and monstrous disfigurement is of great interest to a secret organization, but they aren’t the only ones. A cryptic tip alerts Lexi that something else hunts her–something darker.

Desperate to enjoy her life before it’s too late, Lexi leaves the protective cocoon her parents created for her and signs up for art classes at her local college. There she meets Conner, who is confined to a wheelchair, and they become friends who are willing to share each other’s secrets. But a chance encounter with Connor’s foster brother Killian changes everything.

Killian shares the same mysterious secret within his blood as Lexi. Their fateful meeting sets off a chain reaction of catastrophic events that exposes the terrifying truth–Lexi is a celestial queen of a bygone race. Connor is their last royal heir, and Killian is a half-breed abomination hated for his very existence. With Connor kidnapped by an ancient god determined to rid the world of the stain of humanity, Lexi and Killian find themselves under the protection of the secretive Order of Kings.

Lexi believes she’s been thrown into a world of myths and legends, but things are not as they seem. Lexi becomes convinced the Order is keeping dangerous secrets that threaten not just her but all of mankind. 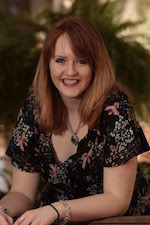 Growing up on her Grandfather’s farm in Ireland, C.J. was surrounded by Irish legends and the mysteries of the Tuatha Dé Danann people, which has inspired her debut fantasy fiction series, The Veil Chronicles. Join her on her journey at; www.CJCampbellOfficial.com